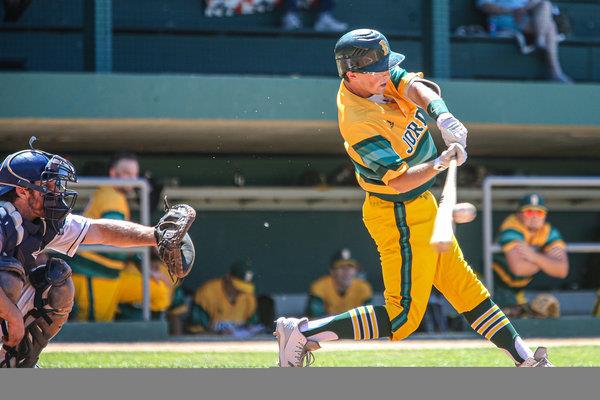 Another state spot secured for Jordan on the playoff diamond
Posted on Sep 16, 2021

An early 2-0 deficit didn’t seem to bother the Jordan Brewers too much Aug. 8.

Top-seeded Jordan had too much offense for sixth-seeded Waseca in the Region 6A semifinals, banging out 15 hits en route to a 10-2 home win.

The victory secured the Brewers a spot in the Class C state tournament, which starts Aug. 19 and will be held in Chaska, Waconia and Hamburg.

Jordan won its fourth-ever state title back in 2019 and had 22-win season last summer, but lost in the third round of state play to Fairmont.

The Brewers will take on 12th-seeded Eagle Lake in the Region 6C title game Aug. 14 in Arlington at 7 p.m. The winner will be the No. 1 seed at state from the region. Three of the 16 Regions 6C teams make the field.

The Brewers supplied Hollingsworth with four runs in the first inning and three more runs in both the third and fourth frames en route to the easy victory.

Steve Beckman also doubled and scored a pair of runs for the Brewers. Joe Lucas was 1 for 3 with three runs scored, while Hollingsworth, Dylan Peterson, Nate Beckman, JT McDermid and Greg Quist each had RBIs.

Against Waseca, the Brewers took a 3-2 lead with two runs in the fourth inning and broke the game open with a five-run seventh to go up 10-2.

Lucas led the way at the plate, finishing 3 or 4 with a double and two RBIs. Hollingsworth doubled twice and scored a run, while Draheim finished 1 for 3 with two RBIs.

Quist also drove in a run going 2 for 4, while Alex Beckman was 1 for 3 with an RBI.