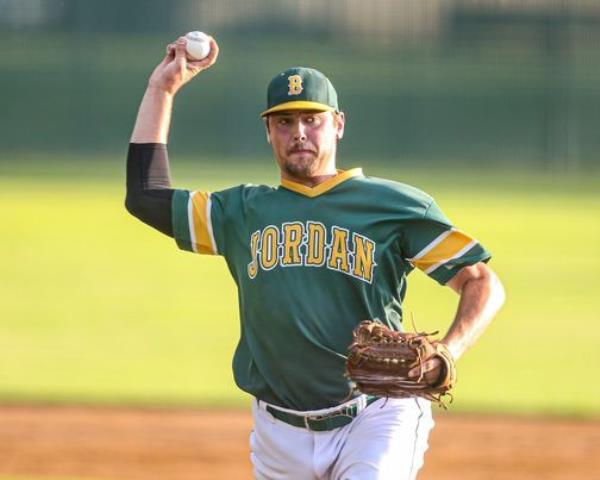 The Jordan Brewers took the first step in returning to another Class C state tournament.

The top-seeded Brewers opened the Region 6C playoffs Aug. 1 with a 4-1 home victory over the 15th-seeded Wells Wildcats.

Nate Beckman tossed a complete game to lead the way, striking out nine while allowing five hits and one earned run.

Jordan scored all four of its runs in the fourth inning.

The region quarterfinals are Aug. 7 and Jordan will take on 10th-seeded Le Sueur at 6 p.m. The semifinals are Aug. 8. The higher seed is at home for both rounds.

The top three finishers out of the 16 teams in Region 3C make the state field. To see the complete playoff brackets, go to mnbaseball.org/page/sections-regions.

The Brewers won the Class C state title in 2019 and went 22-5-1 last season, but lost in the third round of state play to Fairmont.

Joe Lucas and Steve Beckman each had a hit and run scored. Dylan Peterson and Hollinsworth also scored runs for the Brewers. Greg Quist finished 2 for 3.

Jordan finished the regular season with a 23-9 overall record, including going 10-0 in the River Valley Class C standings.

The next three highest seeds in Region 6C behind Jordan are Waterville, St. Clair and Gaylord, respectively. The Brewers lost 15-2 to Waterville back on July 11 and blanked Gaylord 6-0 on the road July 25.